(thefederalist) Melinda Gates has decided to enter the venture capital world by sending her money to people based at least partly on their sex and skin color, she said in a recent Fortune interview.

“It’s been incredibly disappointing to watch how few women-led businesses are getting funded,” Gates said. “Ultimately, if we want more innovation and better products, we’ve got to put more money behind women and minorities. That wasn’t happening, so I decided to step in and see what I could do to help a little bit.”

Here are other portions of her interview where Gates specifically says some criteria for how she invests in startups are race and sex. She clearly says she preferences women and non-whites over men and white people, specifically for these immutable characteristics that have nothing inherently to do with business success. “Over-index” is essentially a financial or data version of affirmative action.

I am specifically looking at funds who over-index on women-led and minority-led businesses.

I’m asking a lot of business questions about how they will go about their funding, how they will over-index on women’s businesses, and how they will hold themselves accountable for a great return.

Some of these big firms often believe in the white guy in a hoodie disrupting a whole industry. So we’re going to disrupt it by making sure we’re indexing for women and minorities because they’ve got great ideas.

Many of them think if they have one female at the table, they’ve done their job. Another big one is when they say that they have trouble finding women. Those are just excuses. They don’t know what investing in these areas looks like until they get several women who are partners in their firm.

A white man could easily make products that meet minority women’s needs and desires, and vice versa. Their race and sex has nothing to do with their drive and ingenuity. But Gates implies that they do, which is weird and patently stupid, to put it mildly.

It’s not only Gates who feels comfortable revealing her race and sex biases when deciding where to spend some of her billions. It’s industry publications, too. Here is how Business Insider characterized the interview, a headline reposted to the website of the longtime Microsoft-funded National Center for Women and Information Technology:

It’s by now automatic in our Alice in Wonderland world to see things like this and immediately imagine the social hypocrisy, not to mention cries of racism and sexism, if the scenario were reversed. What if Gates had announced she’s going to give “white guys” a boost in her investment calculus, merely for being white guys? Or what if she complained about a startup for having only one man on its board because then “they don’t know what investing in these areas looks like”?

There’s a good chance — only mitigated by the fact that her husband is one of the richest men on earth — that she’d be written out of public life and shamed by every publication in town. Of course, that’s far less likely when she, her husband, and likeminded people are funding lots of the outlets that cover their activities, either through charitable dollars or business investments. Great PR cover if you can get it. 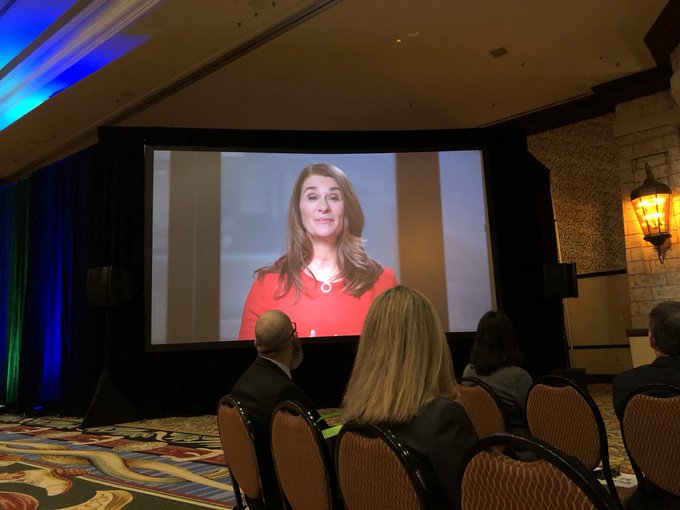 @melindagates sent a special msg to the #NCWITSummit – wonderful to have her support with the goal of leading the US to a future with broader participation for women in computing.

Gates is, of course, merely one prominent person among many spending lots of time and money addressing what seems to be largely a feature, not a bug, of human nature under conditions of historically unparalleled social freedom. Yet instead of addressing real inequalities, such as the development-retarding home environments of children whose parents chose not to commit to each other for life or hiring practices at companies like Google that seem to purposefully tilt the playing field against whites, men, and non-leftists, companies like Microsoft, Gates, Apple, Pfizer, Intel, AT&T, and Facebook choose to address the actual structural inequalities like these with PR rather than equality.

They sponsor pseudo-academic conferences that generate “research” that amounts to narrative-pushing. They hire lawyers and PR people instead of considering the possibility that they are wrong. Obfuscating reality allows them to play politics without even admitting it is politics, much less truly investigating whether their politics fit human nature, even though mangling it even accidentally is highly dangerous.

2) I’d be happy to engage @Lise_Eliot instead of being dragged unknowingly in front of a conference audience #ncwitsummit https://twitter.com/EnCorps_k/status/996840136435527681 …

In the Fortune interview, Gates says “I think real change can occur when the VC community starts to demand that the people it invests in have diversity, the right values, and the right behavior.” When asked to “define diversity,” she responds, “I define diversity as when you have a mix of people seated at the table who look representative of our whole society.”

Gates is saying that venture capitalists — and other social leaders — should be demanding that business partners essentially conform to quotas based on neo-Marxist class distinctions, or Left-defined identity groups: sex, race, income, sexual behavior, ethnicity. Never mind whether the individuals whom Gates lumps into these groups believe their interests align with those of all the others. No self-determination allowed here. You are allowed to count precisely as much as identity politics-mongers decide you do, and according to criteria they choose, not you.

This is conformity, under the banner of diversity. Yet social research actually tends to find that a truly free society with better-equalized opportunities for all people sees a greater range — or, ahem, a greater diversity— of choices than do less-free and less-developed societies. Or, as a 2008 Journal of Personality and Social Psychology article put it: “differences between men and women in their personality traits become more extreme with the increasing development of human society.” The more people are free to do what they truly want, the more they are likely to create outcomes that drive rigid, Procrustean percent-equalizers insane.

This may seem to be contradicted by surveys like the below, presented at NCWIT’s conference last week, but such surveys may also just reflect that kids of any sex don’t know much about careers, period, and other research showing that women’s strong predilection for non-science pursuits appears to be natural and persistent despite millions spent to change that: “An analysis of women’s academic choices in 67 diverse countries and regions…reports that women consistently register lower interest in STEM education and careers compared to men. This fact has remained stable over the decades, despite most developed countries taking ‘considerable efforts toward understanding and changing this pattern.’” 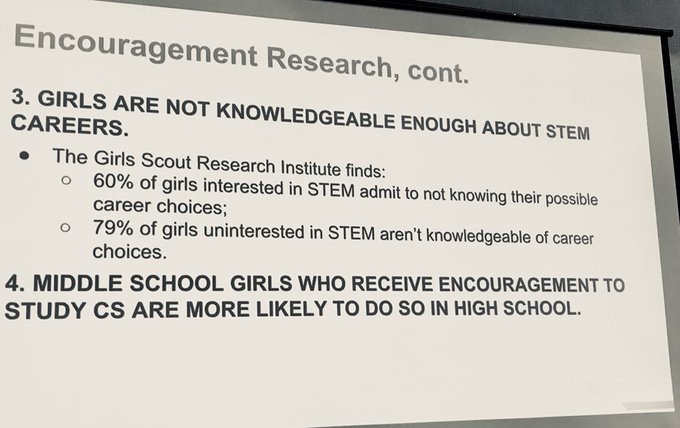 Furthermore, evidence from countries that have imposed class quotas on business boards have actually seen a decline in opportunities available to women and minorities. What either written or unwritten diversity quotas tend to do is secure opportunities for a select few people who are already at the top and fit the quotas’ arbitrary criteria. So far there is no evidence they actually increase opportunities for the artificially advantaged groups, and some that they reduce their opportunities and create dangerous social conditions by weaponizing and thus delegitimizing their promotions as artificial rather than earned.

Other attempts to rig finance and tech on women’s behalf are already backfiring, and Gates has even indicated she’s aware of this yet so far seems blind to how it applies to her new venture capital strategy.

“Guys in finance only hire who they can fire easily. Young men they can fire without a problem,” an anonymous female venture capitalist told Business Insider. “The unfortunate thing that happened in the #metoo movement is that men don’t want to ride the elevator with women who could pitch them for fear they would accuse them, let alone mentor that person alone.”

By weaponizing women as women, Gates is likely to reduce their opportunities by making them too political for others to work with safely. It’s already happening. If women could be hired and fired based precisely on their work, and nothing more, then they would have precisely equal opportunities. The outcome are up to individuals’ free choices. When women are hired based on their sex, it may appear an advantage at the outset, but it will in the long run disadvantage them by promoting them beyond their abilities and increasing prejudice against them for gaining what they did not earn.

Punishing People for Their Group Status Is Deeply Unfair

Therefore, she is consciously and publicly discriminating against men for something they can’t change and that has nothing to do with their potential for bringing her financial returns or serving the market needs of anyone, including women and minorities. This is unfair, and unjust. If Gates or anyone else cares not about that, they may care about its sure potential to breed dangerous resentments.

Even if you do buy that women and minorities are not as frequently funded because of some kind of injustice somewhere, it only adds another injustice to disadvantage innocent competitors for capital because of it. The men competing with these currently politically favored groups did not themselves do anything to hurt women and minorities. Simply putting themselves forward in the same competition is not unjust, that’s just part of the game. So punishing them for the sins of others based on sharing some trivial characteristic is deeply unjust. It is an attempt to make two wrongs into a right.

Further, punishing people for the “sins” of their “class” is, quite frankly, of a piece with the ideology that ultimately led to the slaughters of the Bolshevik and French revolutions. If we don’t want to end up in an avalanche of those kinds of effects, maybe let’s start by not packing and tossing a snowball.